What Exactly Is A Person’s NIL? , Written by Devon Jenkins
Script Below

As part of McCoy Russell’s intellectual property portfolio education, this is Devon Jenkins here to break down some of the most exciting topics in the world of trademarks and branding.

As we mentioned in one of our previous videos, the NCAA recently changed its rules to allow student athletes to profit off of their name, image, and likeness, commonly referred to now as their “NIL”. So what exactly is a person’s NIL?

In technical terms, it represents an individual’s rights of publicity. In short, the NIL rules are the NCAA’s attempt to define a student athlete’s distinct celebrity, or personal brand. It is no secret that today’s rising stars have more access to popularity and attention than ever before. In particular, social media has revolutionized stardom by serving as both a way to share a player’s triumphs through highlight reels, and as a means for fans to directly connect with their favorite competitors in their everyday lives.

While the concept of an individual’s “name”, their “image”, and their “likeness” may seem pretty intuitive on the surface, many opportunities can be missed by not fully grasping the possibilities presented by the new rule change. At McCoy Russell, our trademark and branding team works hard to ensure that our student athlete clients are able to take full advantage of these new and exciting financial prospects without getting themselves into trouble with the NCAA.

One often neglected aspect that our team makes sure to focus on is trademarking a player’s nickname in addition to their birth name. Say that an athlete is named “John Doe”, but due to their tremendous leaping ability, they have locally been dubbed, John “The Deer” Doe. John even refers to themself as “The Deer” when promoting through social media, and includes it when giving autographs. If John only files to protect the name “John Doe”, then not only do they miss out on potential endorsement and branding opportunities, but they also risk another party taking “The Deer”, which is now associated with John, and using it for their own purposes.

Going one step further, imagine that a local brewery decides to create and promote “The Deer’s Beer” for game days without John’s knowledge? Now, because student athletes are still subject to state laws and school rules, which often prohibit students from associating their NIL with alcoholic beverages, John will likely be forced to explain themself to local school and NCAA authorities to clear their name. As you can see, the full complexities of the NIL rules can be hard to grasp, so it is important to work with an established branding specialist to ensure that these hidden hazards are avoided.

Thanks for watching and stay tuned for more news and tips in trademarks and branding from the McCoy Russell team. 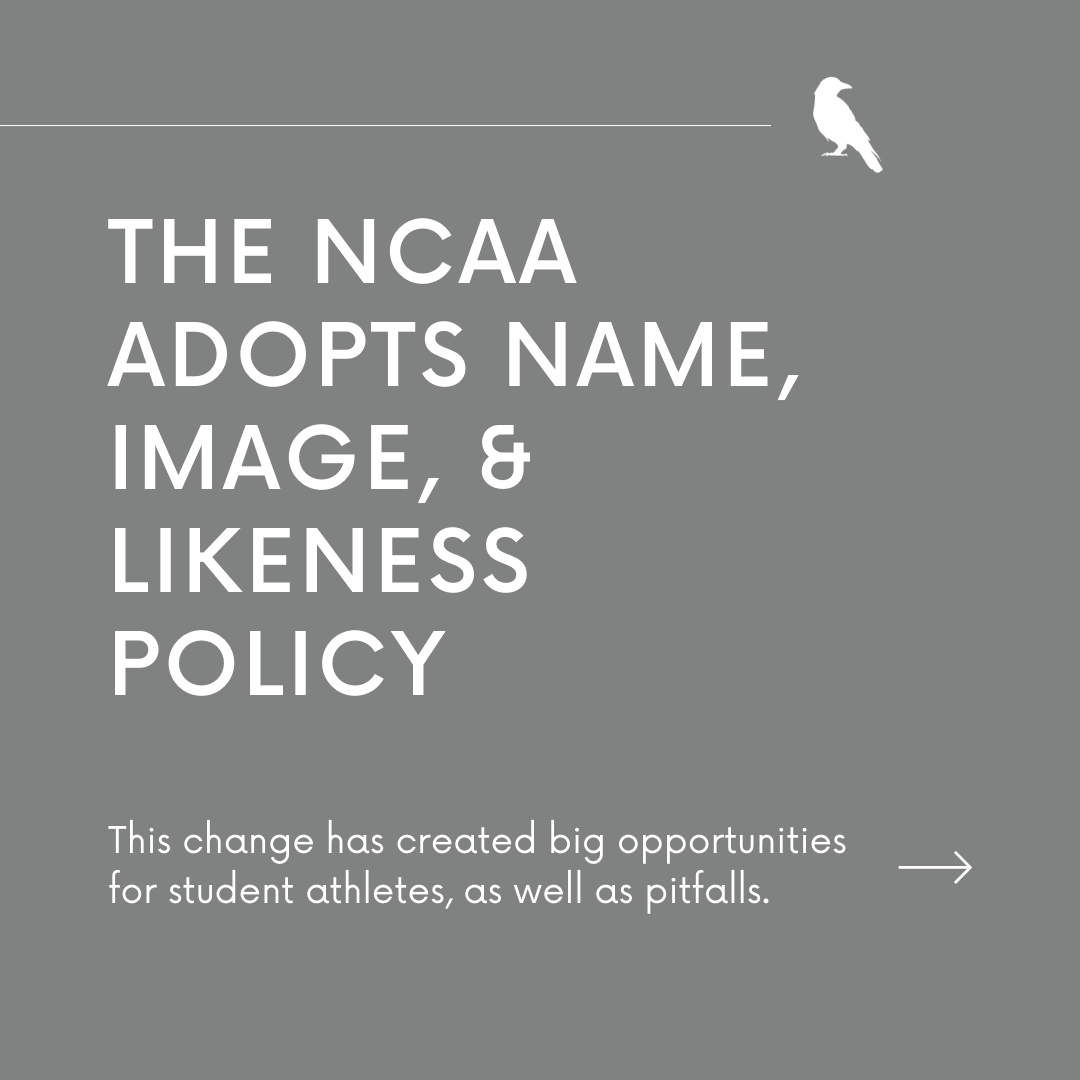