Genericness In Crypto , Written by Devon Jenkins
Script Below

As part of McCoy Russell’s intellectual property portfolio education, this is Devon Jenkins here to break down some of the most exciting topics in the world of trademarks and branding.

With the current influence that internet memes, celebrity endorsements, and posts on social forums such as Reddit and Discord have on the market, at any given moment, many cryptocurrency coins are just one big break away from a meteoric rise in popularity. It would seem that for crypto companies, the more popular the currency, the better, right?

Well, not necessarily. Today we are diving into the question of whether it is possible to become “too big” to brand.

The key to receiving a trademark registration involving a cryptocurrency is ensuring that the mark identifies a source of goods or services being offered to the public. If consumers begin to associate the name or logo with a general term for digital currency, then the coin runs the risk of being deemed “generic”. Generic marks become part of the public domain, making them unavailable for private trademark protection. The coin that started it all, Bitcoin, may serve as a cautionary tale here, as Miriam-Webster now officially defines the popularized term as, “a digital currency created for use in peer-to-peer online transactions”. Accordingly, the USPTO now views the word Bitcoin as generic and merely descriptive of goods and services relating to online payments, rather than as a unique source-identifier.

At McCoy Russell, our trademark and branding team strives towards ensuring that our clients are able to capitalize on the massive global branding opportunities created by their marks.

To minimize the chances of being found generic, we advise our clients to always use their mark as an adjective modifying a noun. This helps to prevent the brand from simply functioning as the generic name of a product or service. For example, many coins currently operate on a blockchain created by the Etherium company. Unlike Bitcoin, Etherium has obtained multiple registrations across various trademark classes of goods and services, and is careful to describe its technology as the “Etherium blockchain”. Rather than Etherium being used as its own general term for the blockchain itself, it is used as an identifying descriptor for the technology.

While this concern may appear to be less of an issue for applicants whose cryptocurrency has not achieved the notoriety of a Bitcoin or Etherium, with alternative coins like Dogecoin becoming overnight global phenomenon, it is important for companies to start thinking now about how they can set up their branding in a way that avoids using their mark in a generic manner, and prevents it from falling into the public domain.

Thanks for watching and stay tuned for more news and tips in trademarks and branding from the McCoy Russell team. 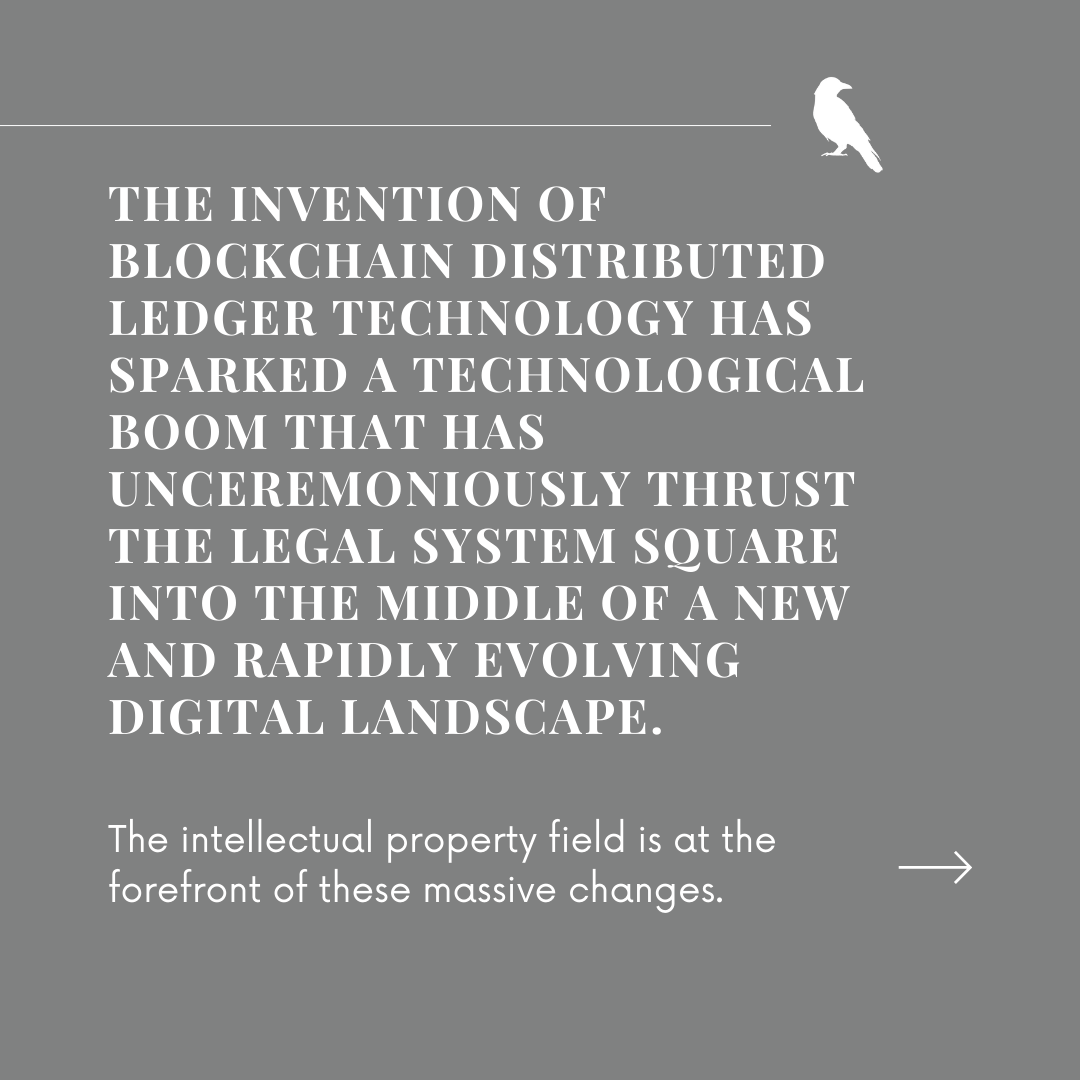